Are elite football’s community programmes part of the ‘new philanthropy’? 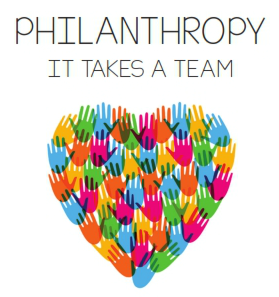 According to the PFA (Professional Footballer’s Association) an official programme of community engagement by professional football clubs began in 1986. As their website notes;

‘the PFA were instrumental in setting up Football in the Community Programmes. Originally based at six clubs in the North West, former players were recruited to re-energise those troubled communities when the game was at its lowest ebb’

The reference to ‘its lowest ebb’ is a rather coy nod to the mismanagement, poor facilities and hooliganism that blighted the game in the 1980’s culminating in the Heysel, Hillsborough and Bradford disasters and repeated attempts by the Conservative governments to ‘police the game‘ in ever more draconian ways.

The seismic transformation of professional football since 1989 has been well documented as has the money now pouring into the game primarily as a result of revenues from the media.  For instance, the latest domestic TV deal generated £5 billion for the Premier League. Allied to this rapid growth in money, profile and popularity is the expansion of the sport’s community programmes with around £7 million being spent by the PFA alone and professional footballers now taking part in almost 40,000 appearances at various ‘community’ events. The Premier League, FA and Department for Culture, Media & Sport also spend millions each year on grassroots football through the Football Foundation.

Allied to this expenditure is the fact that football authorities have become increasingly proactive about promoting the work that they do. As the Premier League website notes (in a statement that is particularly pertinent for this project!!),

“Premier League Communities supports clubs in their role as hubs at the heart of their communities. Effective partnerships are built that underpin club delivery of a wide range of activities for young people”

Elsewhere, the PFA is even more florid, arguing that ‘the modern professional footballer seeks to embrace current social issues, community cohesion and other charitable initiatives‘. It’s no doubt true that many players do take their community work very seriously and make concerted attempts to get involved in a range of beneficial projects. However, in trying to think about the place of football in contemporary society, and the apparent correlation between a rise in revenues and the expansion of community engagement we wondered whether some of these activities could be viewed as forms of modern-day philanthropy?

Philanthropy – ‘love of mankind and good nature’ according to Samuel Johnson – is often associated with the Victorian era whether in the form of benevolent societies, dedicated charities or, most notably, the largese of individual entrepreneurs who contributed to the building of libraries, schools, hospitals and other facilities.  Much of this work was rooted in a religious tradition and while historians and others have debated its effectiveness in material and moral terms, it was also a useful way of managing one’s public profile, both within the corridors of power and across wider society.

More recently,  academics and others have began to note the emergence of new forms of philanthropy, often involving ‘entrepreneurs’ who made their fortunes working in finance, IT and the media. Often the motivations and actions of these individuals and organisations are seen to be somewhat different from those in the past. In the first case, there religion is much less of a driving force although many philanthropists still talk in terms of morality. In the second, their activities are more professionalized and often focus on building partnerships, and even generating revenues, rather than simply giving away money.

What connects these activities with those in the past and, perhaps, with professional football is that they are taking place against a backdrop of rising inequality. According to the Equality Trust, the UK is the most unequal developed country in Europe and the fourth most unequal in the world. Likewise, since 1977 the Gini-coefficient (which measures inequality) has risen from 0.24 (where 0 is perfect equality) in 1977 to 0.34 in 2012. A similar process is happening in football where the elite division, the Premier League is becoming richer and richer, while the rest of the football pyramid (and notably the grassroots) is struggling to stay solvent.

These disparities can also be seen in players’ wages where those in the top tier raked in £1.9 billion in the 2013-4 season. In 2011, the Daily Mail reported that Premier League footballers earned five times more than those in the second tier and 30 times more than those in League Two (the fourth tier). However, these figures pale into insignificance if one compares average wages between top-flight footballers, who now earn an average of £31,000 a week, and your average worker in the UK who takes home £26500 a year. Now, some argue that elite players are worth every penny they are paid because, like major film stars or singers, they put bums on seats, sell merchandise and generate profits for employers. The key issue for football is that while the players are, of course, fundamental (and ever larger amounts of revenue comes from TV deals and associated sponsorship), much of the colour and excitement of the game comes from fans who are – by and large- based in the local area. And this is where the community programmes seem to come in, as this blurb from Manchester City’s (7th richest club in the world, highest average wage for a sports team) website indicates;

‘Social responsibility is deep seated in our Club’s heritage and essential in its future, and in this City in the Community plays a central role. Everyone involved with Manchester City in any capacity is part of the ‘City family’. Together we share and work to resolve issues and develop hope and aspiration across the community’

In this way, such programmes serve as both a useful counter against accusations of exploitation (we do give something back) but also enable sporting elites (players, teams, authorities) to gain at least some of the moral high ground in the face of spiraling revenues (and wages), growing inequalityand some of the more dubious activities this may engender.

Another feature of these activities is the extent to which they are taking up some of the slack in the provision of sports activities, healthcare, education, skills and enterprise training as a result of wider government cutbacks. Just as an earlier generation of philanthropists provided public amenities in areas where the state was unable or unwilling to act, so professional sports clubs have taken over some of the services once provided by, say, local councils. Indeed, this is something that was highlighted in the government’s recent consultation on sport where there is a specific section on ‘philanthropy and fundraising’.  The fact that the clubs offer services that benefit local people is, no doubt, a good thing. However, relying on private organisations to replacethe activities of statutory bodies is something that should be carefully scrutinized.

While these views may sound a little cynical, the notion that elite football clubs and players may be involved in a new wave of philanthropy offers a useful way of thinking about the increased focus on community activities. In other words, we want to try and answer the question of why clubs bother with programmes that cost time, effort and money, when they are certainly not required to offer anything. Observing the growing divisions across society and across football and the ways in which elite clubs are increasingly orientating their activities to global audiences and sponsors, a little local philanthropy may go a long way.

Image courtesy of the AFP