The value of the local 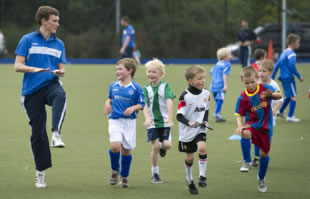 We carried out our first couple of interviews with people involved in the provision of football-related projects in Sheffield and a few interesting points emerged. The first was the extent to which young people identify with the hyper-local, the neighbourhood, estate or local area. This isn’t particulalry novel in general terms  – see recent debates, both academic and popular, around postcode gangs, territoriality and so on – but our respondents pointed to the importance of youth workers and, in particular, coaches that came from the same locality as the young people they were looking to engage. One of our key objectives was trying to understand to what extent (volunteer) coaches could be seen as ‘role models’ or even local celebrities and it seems that a combination of local knowledge alongside a high level of technical (football) skills may be crucial in raising their status. In a similar vein, we were told that young people’s interest in professional footballers varied according to whether they played for one of the elite clubs or, alternatively, came from the local area, in this case Sheffield. One of our respondents noted that the most interest from the young people he worked with came when a former Arsenal player (now based in Sheffield) visited the coaching sessions. On the one hand, then, we see the influence of the media in raising the profile of particular clubs and, in the process, generating status for players who no longer even play for them! On the other, the value of the local remains, even in an era of global super stars and clubs. These are the sort of tensions we will be looking to investigate as the project proceeds.